Our knowledge of the role of higher-order chromatin structures in transcription of microRNA genes (MIRs) is evolving rapidly. Here we investigate the effect of 3D architecture of chromatin on the transcriptional regulation of MIRs. We demonstrate that MIRs have transcriptional features that are similar to protein-coding genes. RNA polymerase II-associated ChIA-PET data reveal that many groups of MIRs and protein-coding genes are organized into functionally compartmentalized chromatin communities and undergo coordinated expression when their genomic loci are spatially colocated. We observe that MIRs display widespread communication in those transcriptionally active communities. Moreover, miRNA-target interactions are significantly enriched among communities with functional homogeneity while depleted from the same community from which they originated, suggesting MIRs coordinating function-related pathways at posttranscriptional level. Further investigation demonstrates the existence of spatial MIR-MIR chromatin interacting networks. We show that groups of spatially coordinated MIRs are frequently from the same family and involved in the same disease category. The spatial interaction network possesses both common and cell-specific subnetwork modules that result from the spatial organization of chromatin within different cell types. Together, our study unveils an entirely unexplored layer of MIR regulation throughout the human genome that links the spatial coordination of MIRs to their co-expression and function. 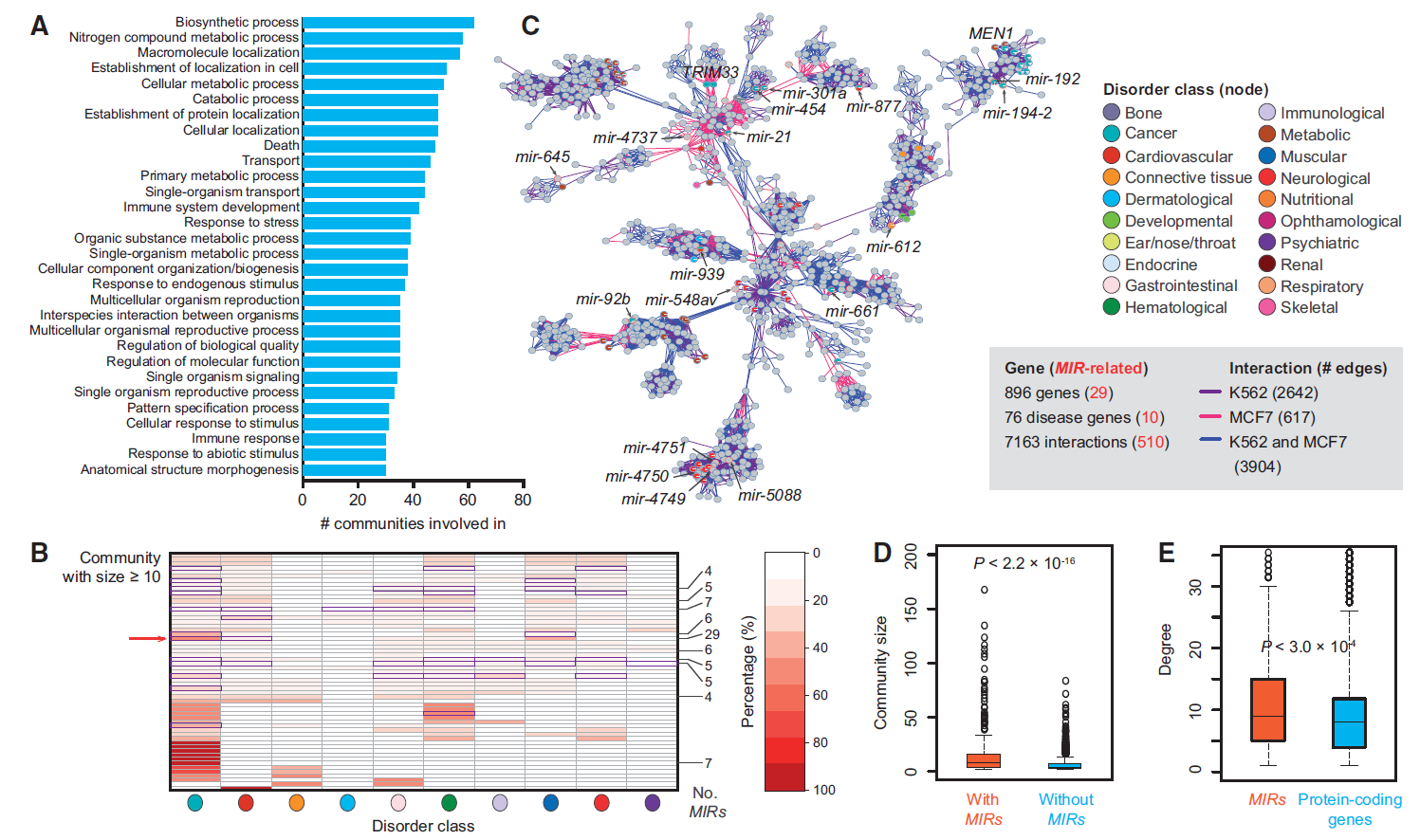